Could magnetic pendulums be combined with calligraphy?   Yes, I think they can, and might produce very interesting results.

The question was sparked by my FB post of a magnetic pendulum fractal and the follow up messages of my PhD colleague Hung Keung who had been working with Chinese characters and calligraphy in his practice.

Magnetic pendulums – a magnetic pendulum bob moving over multiple stationary magnets – are chaos generators. Here is an image that shows the fractal that can be generated by virtually tracing the motion of a pendulum bob to its final resting spot over one of 3 magnets: 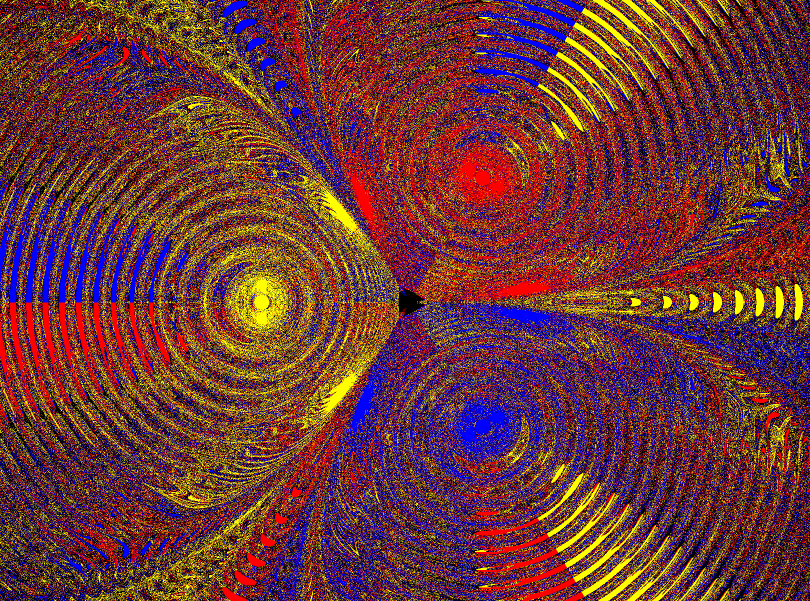 Here are a view videos of a magnetic pendulum in action:

The way the above fractal images are created, is by tracing every possible starting position of the pendulum (the 2D image) and coloring the pixel based on the magnet that is nearest after some time (or when the pendulum stops moving).

Here are some images of the path the pendulum can take: 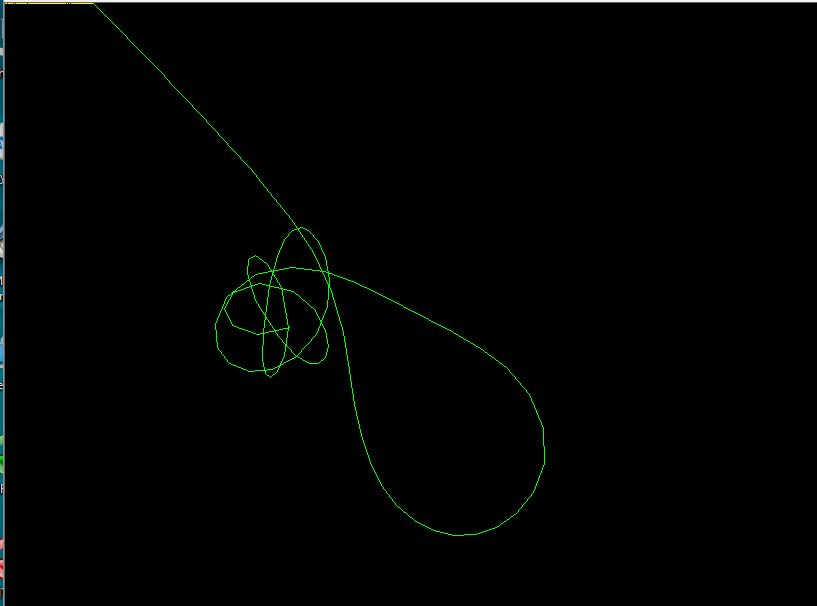 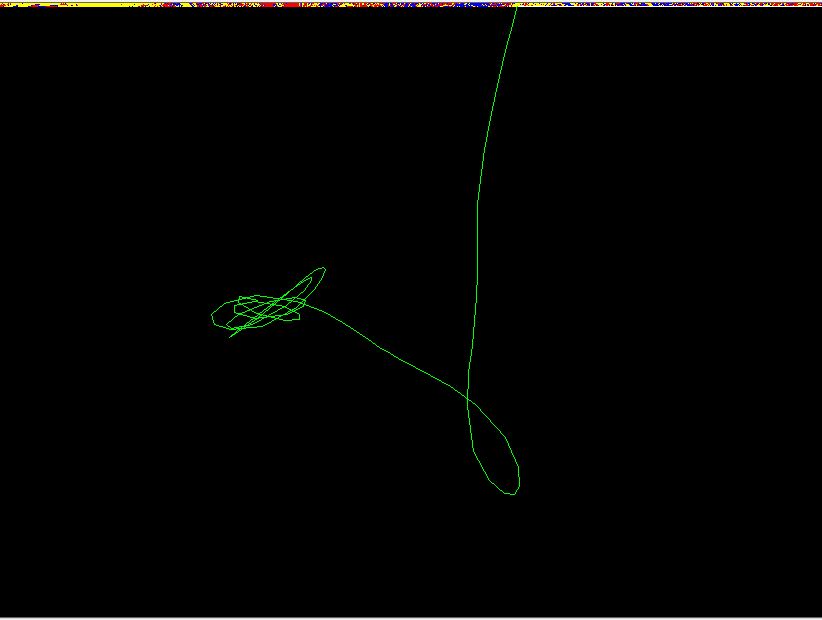 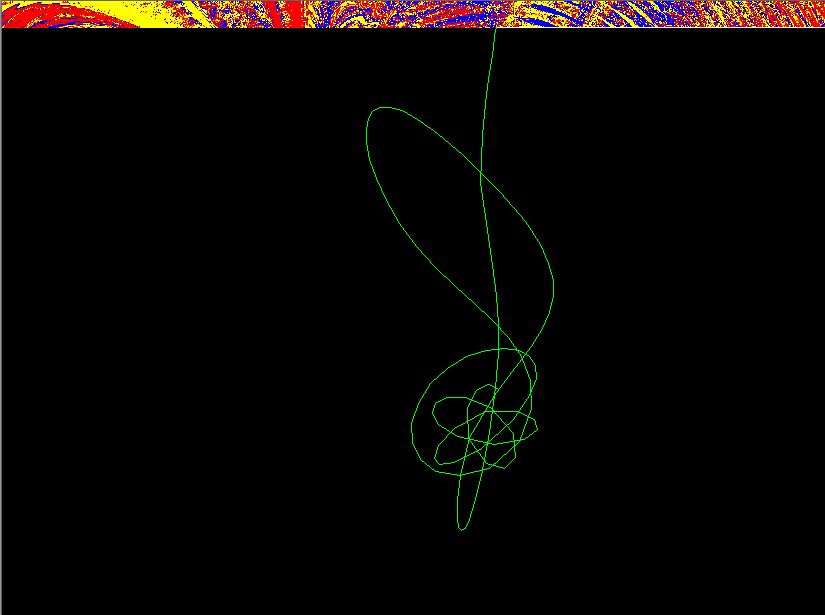 As mentioned before, the motion of the pendulum is highly chaotic – that is, one cannot predict the path or final resting spot in many cases – due to the nature of such a dynamic physical system.

Calligraphy – in general terms – is the art of writing. Asian cultures have used this form of communication for centuries (書法 in Traditional Chinese, literally “the method or law of writing”) and many characters are quite artistic in nature.

Here is a “Photoshop” simulation (right) of this method against a path (left) to illustrate how this could look like: 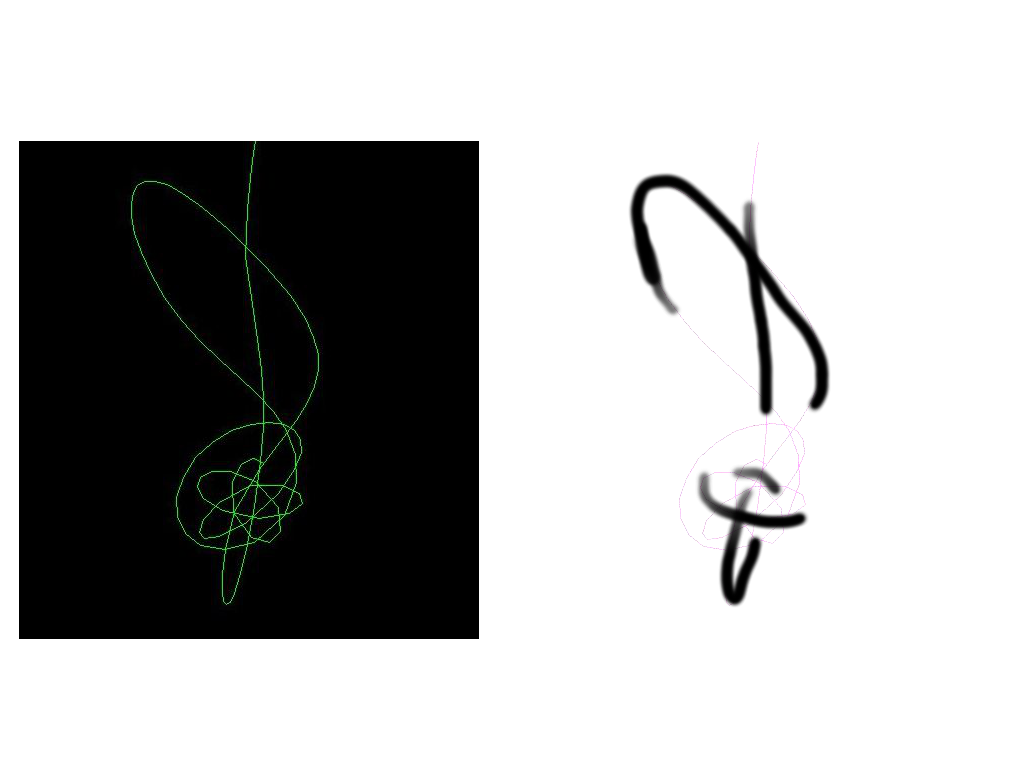 I think a physical implementation of such a system would be quite interesting as an experimental playground, as it combines the deliberate action of writing with the chaotic action of the pendulum . The pendulum should probably large enough so the bob swings over a 1x1m base with a paper on it (magnets are below the paper). It would need a brush system that can be lowered by user action or remote control on demand. Something like this: 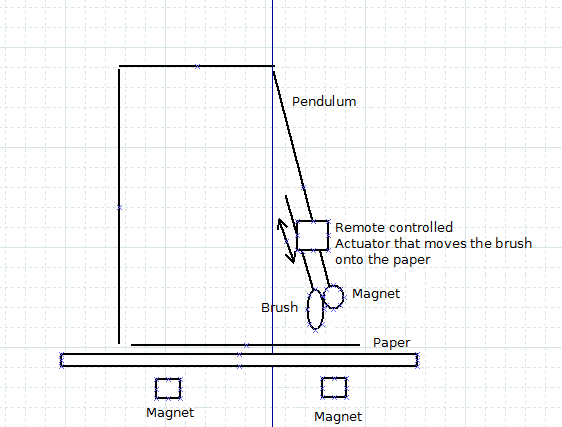 I envision that the interactions of the artist and calligrapher with the system would proceed in the following way:

Creating a 2D simulation shouldn’t be too difficult either – the magnetic pendulum formula is published (i.e. here http://www.codeproject.com/KB/recipes/MagneticPendulum.aspx?display=Print) and the simple “brush on canvas” processing can be triggered using a mouse-click. One could also make a full 3D simulation, but that would require much more work but could be a way to create this system for VR.

However, the difference between a simulation and a real physical pendulum are very fundamental, and in my view reality wins.

I think the first step should be, to build a magnetic pendulum calligrapher.

Note: Something similar has been done before. Here is a more traditional pendulum painting setup: http://gizmodo.com/5503600/the-paint-and-the-pendulum – personally I find the outcomes somewhat boring, since a traditional pendulum makes primarily predictable periodic paths.